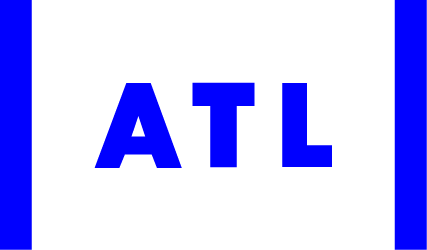 THE GREAT WALL OF CHINA

Infamously known as the "Fort Pillow Massacre," the Battle of Fort Pillow, Tennessee, in April 1864 was one of the most notorious atrocities in the American Civil War. Outnumbered and overwhelmed by a Confederate assault, the defending U.S. soldiers – both white Tennessee infantry and black USCT artillerymen – tried to surrender or flee. Instead Confederate troops shot and bayoneted as many as 300 of the 600 defenders, especially the black soldiers. The incident enraged the U.S. Army, prompting many calls for revenge. Fort Pillow Massacre, Kurz and Allison, Chicago, 1885

"I managed, after great exertion, to get into our own lines, and finally delivered that flag to the hands of Captain Amello and a squad of our own men. Perhaps the boys didn't cheer me. Then perhaps they did as they saw the old flag. Their cheer inspired my enthusiasm and I shouted back as best I could: 'Boys, the old flag never touched the ground.'"-William Carney"Bravest Negro Soldier," The Topeka Plaindealer, June 24, 1904

Located on Morris Island, South Carolina, Fort Wagner was a Confederate fort built to defend Charleston Harbor.. The now famous attack lead by the 54th Massachusetts, one of the first African-American regiments, was the second attempt to take the fort. After days of bombardment from the U.S. Navy, General Gillmore decided to order the attack for July 18th, 1863. Led by their Colonel, Robert Gould Shaw, the 54th stepped off and began the attack on Wagner. The only way to approach the fort was across a narrow strip of dry land between the seashore and a swamp. The regiment made it to the base of the ramparts, and despite heavy casualties, scaled the wall. The men of the 54th made it to the top, but Shaw and many others were cut down by Confederate bullets. Following the 54th, nearly a dozen more U.S. regiments attempted to take the fort, all failing. Wagner would remain in Confederate control until September 7, 1863, when it would be abandoned due to continuous bombardment.

William H. Everson was a free man of color from Albany, New York. In March 1863, he traveled to Boston to enlist in the 54th Massachusetts Infantry. Everson fought with the regiment through 1865, when he and his fellow veterans commissioned medals to commemorate their service. In the center is Fort Sumter, South Carolina, surrounded by the names of four battles in which the 54th fought: Olustee (Florida), Darien (Georgia), Fort Wagner and James Island (South Carolina). William Everson I.D. BadgeAtlanta History Center

Sergeant William H. Carney was a member of the 54th Massachusetts during the July 1863 assault on Fort Wagner, near Charleston Harbor, South Carolina. When the color bearer of the 54th was killed, Carney retrieved the flag of the regiment and carried it to the top of the fort’s rampart and planted it there as a sign for the rest of the regiment to continue the attack. When Confederate fire forced the United States soldiers to fall back, , Carney took the flag and prevented it from falling into the hands of the enemy, despite being wounded twice. For his brave actions at Fort Wagner, Carney became the first African American to be awarded the Medal of Honor.[Sgt. William Carney, head-and-shoulders portrait, facing front],LC-USZ62-118558 (b&w film copy neg.),Library of Congress Prints and Photographs Division Washington, D.C. 20540 USA

The 8th United States Colored Troops were recruited in Philadelphia, Pennsylvania in late 1863. In February 1864, they saw their first action at the Battle of Olustee, Florida. After attacking the Confederate line, the 8th USCT did not hear the command for the U.S. forces to fall back. Instead they stood their ground and suffered horrific casualties. Of the 544 men that went into the battle, 333 would be killed, wounded, or missing. The 8th USCT retreated with the rest of the U.S. Army and later joined the U.S. Army of the James near Petersburg, Virginia.

Battle of the Crater

This Medal of Honor was awarded to Captain Albert Wright, 43rd USCT. Captain Wright led Company G during the charge into the Crater. It was during this charge that Wright, and 6 unnamed men in his company flanked some of the defending Confederates and captured the flag and color guard of the 49th North Carolina.Courtesy of Atlanta History Center

The Battle of the Crater was one of the worst failed attacks by the United States in 1864. U.S. General Ambrose Burnside decided to dig an underground tunnel to plant an explosive mine under the Confederate defenses around Petersburg, Virginia. Following an explosion, he would use USCT regiments as the lead troops for the assault through the gap created in the Confederate line. . For days, men of the USCT in the U.S. Ninth Corps trained and memorized movements for storming the enemy line. The night before the mine was set to be detonated, there was a change in orders and the USCT were told they would not be leading the attack. U.S. General Meade, who commanded General Burnside, feared that if the USCT attack failed, there would be an outcry that the men of the USCT could not fight as well as the white soldiers. Meade changed the order of attack and had white regiments attack first. Without the proper preparation, their attack failed. Then the USCT troops were sent in, but by then it was too late, and they suffered heavy casualties. . Nevertheless, General Henry Thomas, commanding a brigade of USCT during the Battle of the Crater, wrote inBattles and Leaders of the Civil War, "one little band, after my second charge was repulsed, defended the intrenchments [sic] we had won from the enemy, exhibiting fighting qualities that I never saw surpassed in the war."

This flag was carried by the 127th United States Colored Troops during their service in the Civil War and was with the regiment during the Appomattox Campaign.Atlanta History Center

As U.S. forces began to overwhelm Confederate defenses around Richmond and Petersburg, Virginia, Confederate commander Robert E. Lee, urged the Confederate government to begin evacuation.On April 2, troopers of the 5th Massachusetts Colored Cavalry were among the first United States soldiers to occupy the newly captured Confederate capital. The 5th was ordered to ensure that the city was brought under control after chaos resulting from fires set by the retreating Confederates.

On April 9, 1865, Robert E. Lee surrendered the Army of Northern Virginia to Ulysses S. Grant and the United States.Among the United States soldiers in attendance were portions of the 25th Corps, made up entirely of United States Colored Troops. Over 5,000 members of the USCT were involved in the actions that took place in the days leading up to the surrender at Appomattox.